So this post is going to start out with a confession:  I’ve lived in Vermont for almost 15 years and just attended my very first Sugar On Snow event.  OK, I’ve admitted it.  I feel better now.

Maple sugar is deeply rooted in Vermont, not only through trees and soil, but through traditions full of integrity & pride of process and most importantly, the final product–pure maple syrup.  Ain’t nothin’ like the real thing, baby!

A familiar sight for Vermonters–a tap and sap bucket hang from a maple tree. 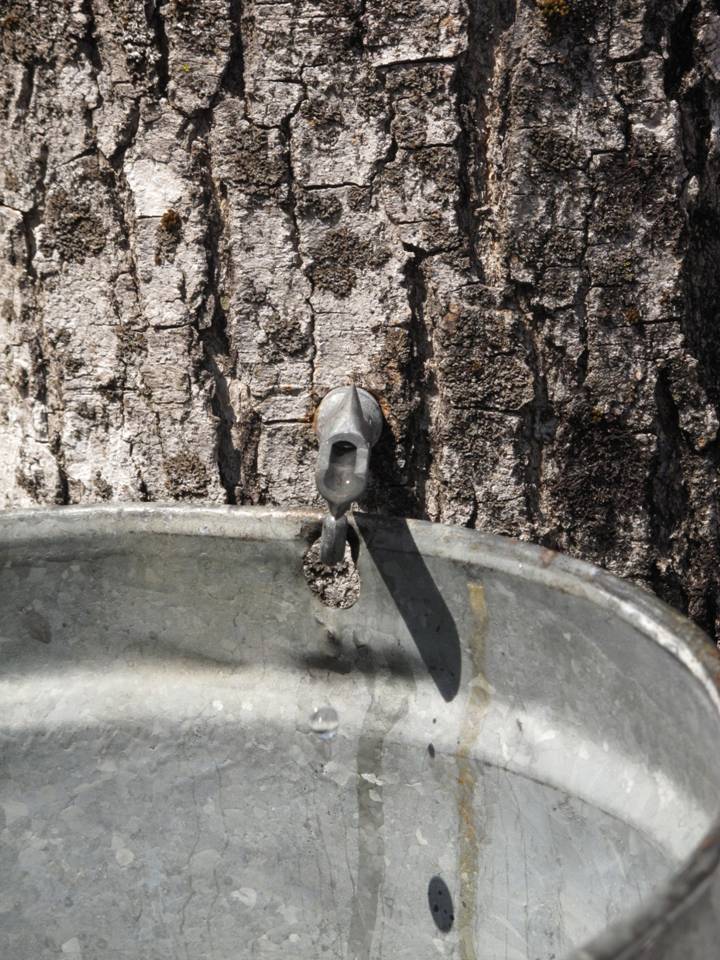 In March-April in Vermont you know this much smoke means there’s a sugarhouse boiling. 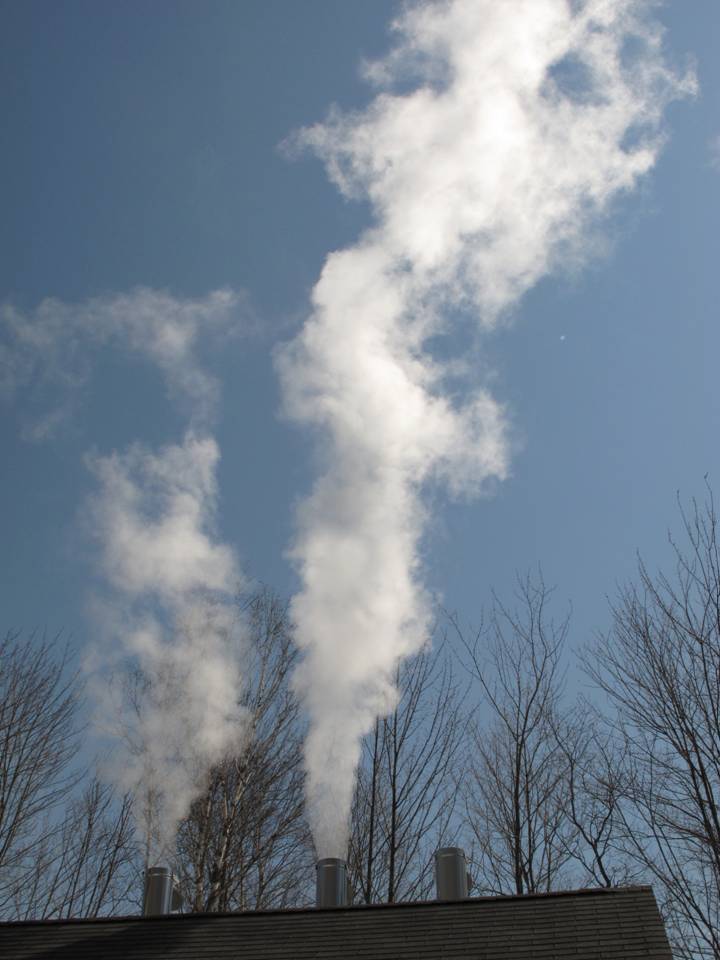 Plastic tubing has replaced the traditional sap buckets to collect as much sap as possible. 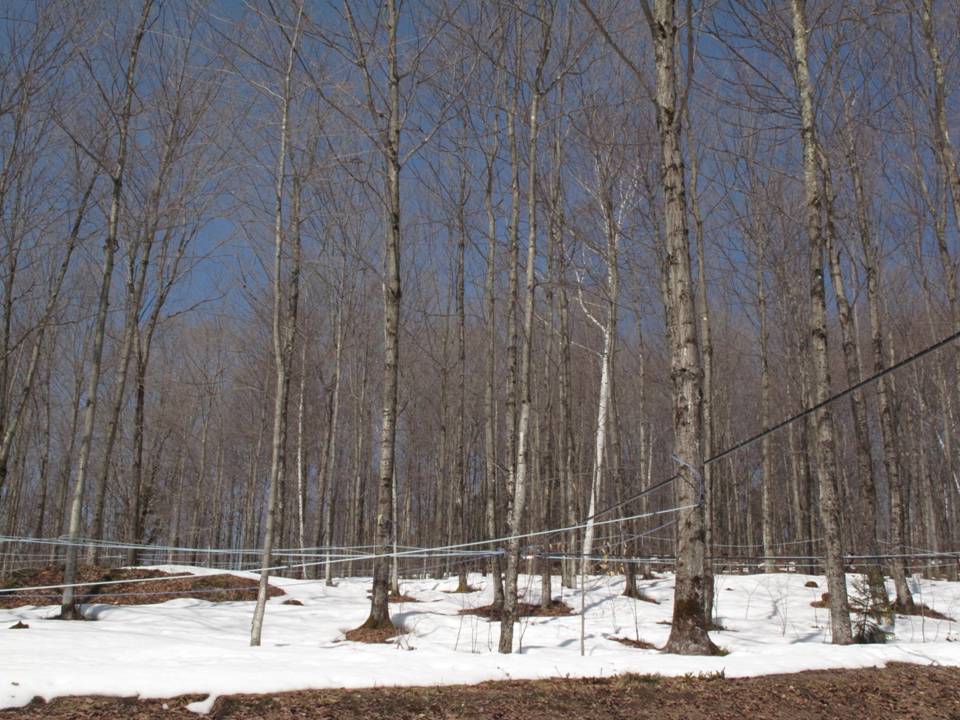 There are different grades of syrup from light, fancy syrup to darker grades with a strong maple flavor.  Grade is not related to quality, rather it’s a reflection of the color and flavor. 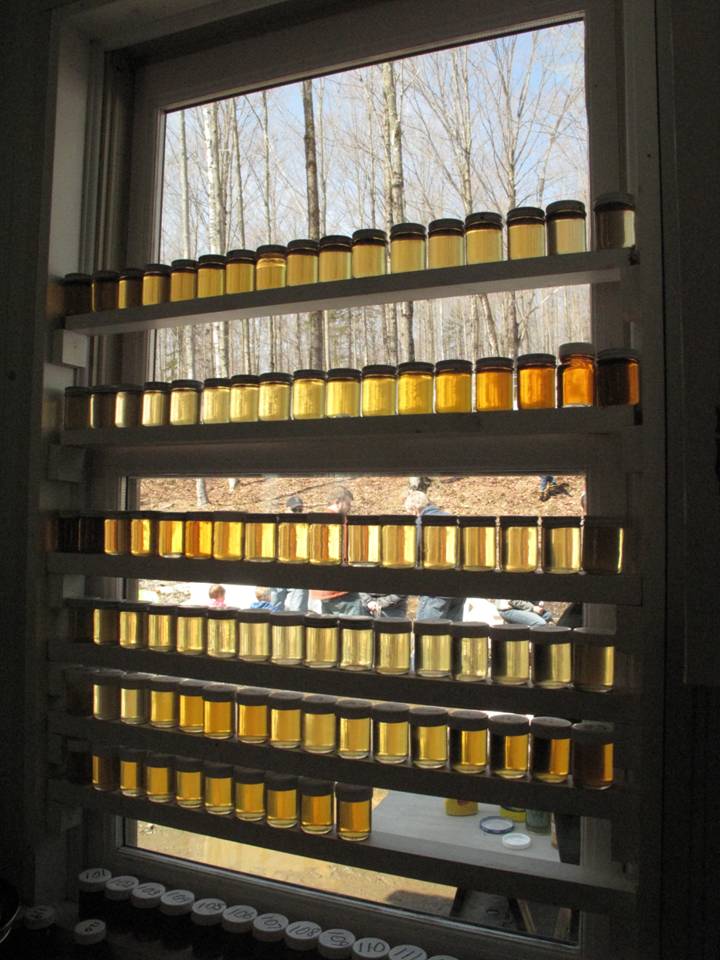 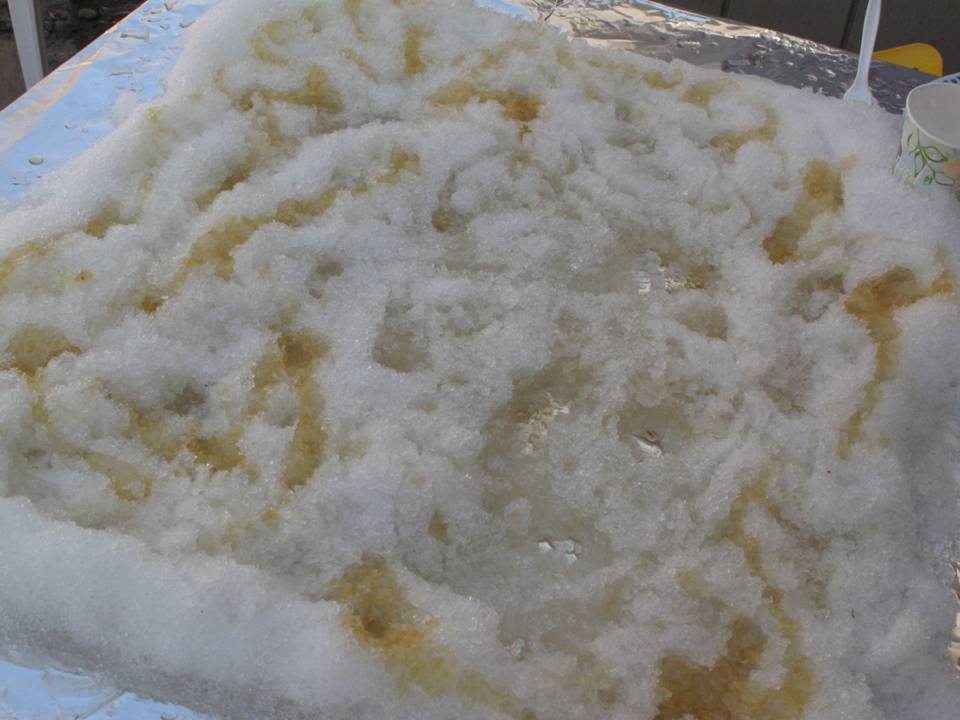 How much fun is this?! 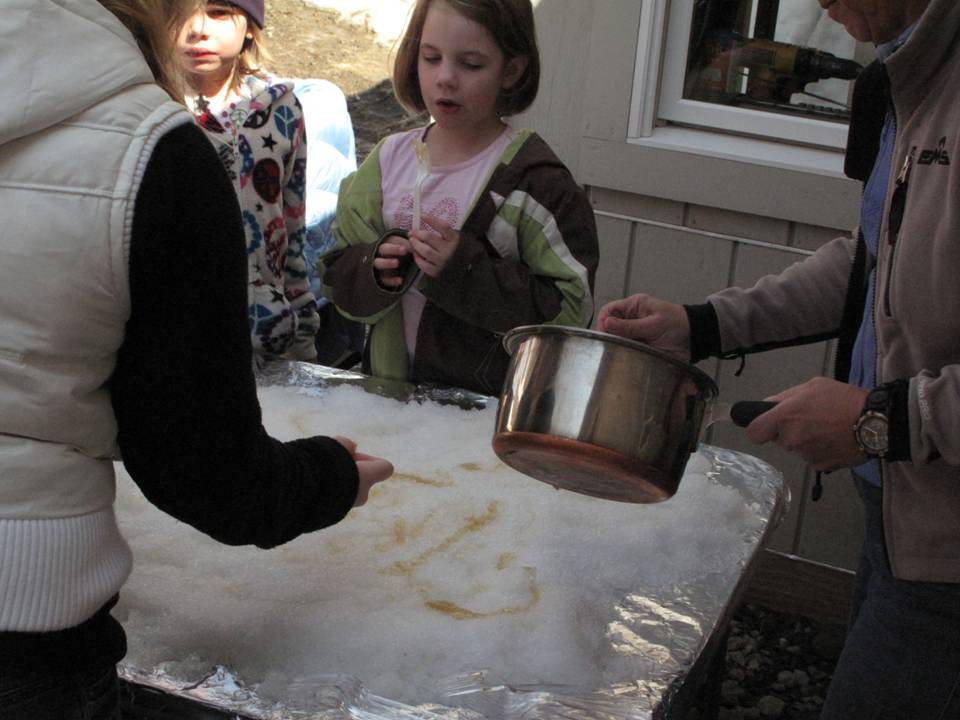 This is where the sap comes into the sugarhouse via the miles and miles of tubing. 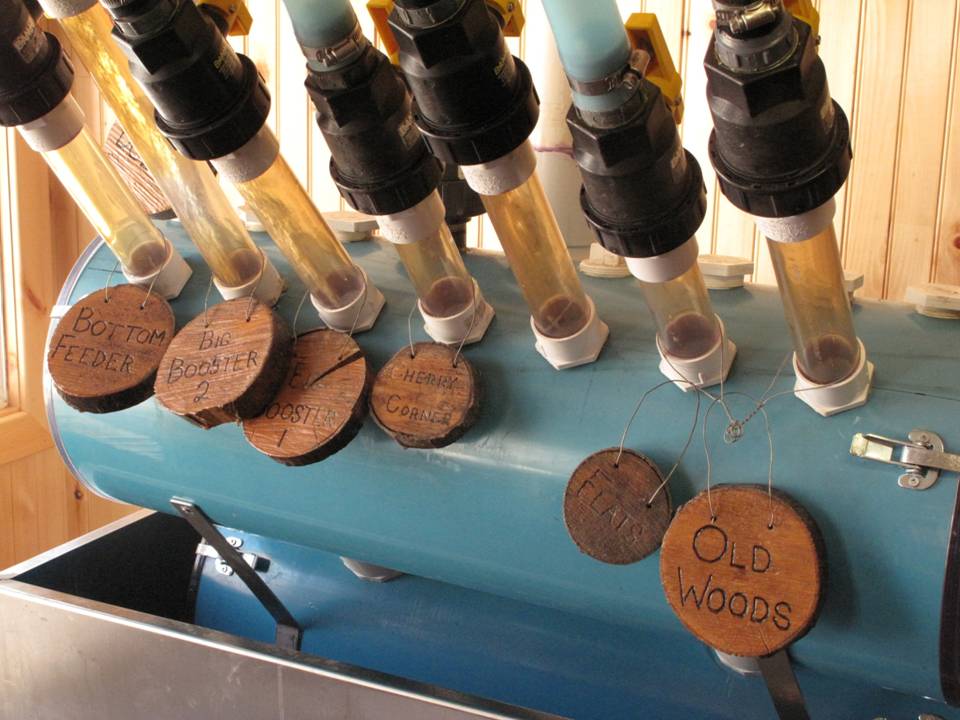 The tubing runs downhill and enters the sugarhouse. 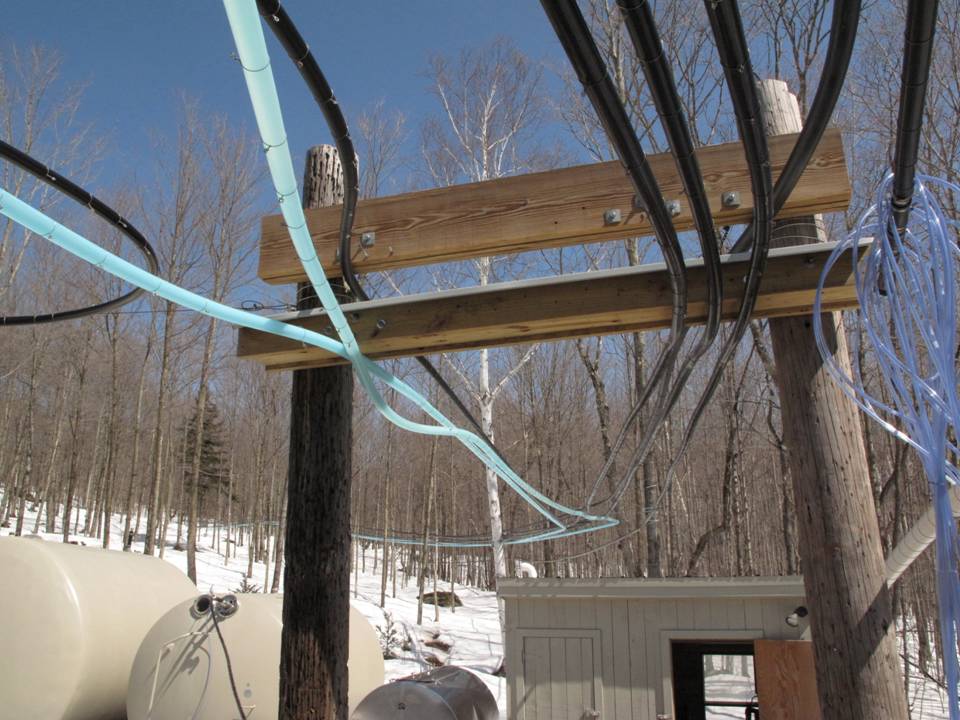 Maple sap collects in huge tanks before being boiled down to syrup. 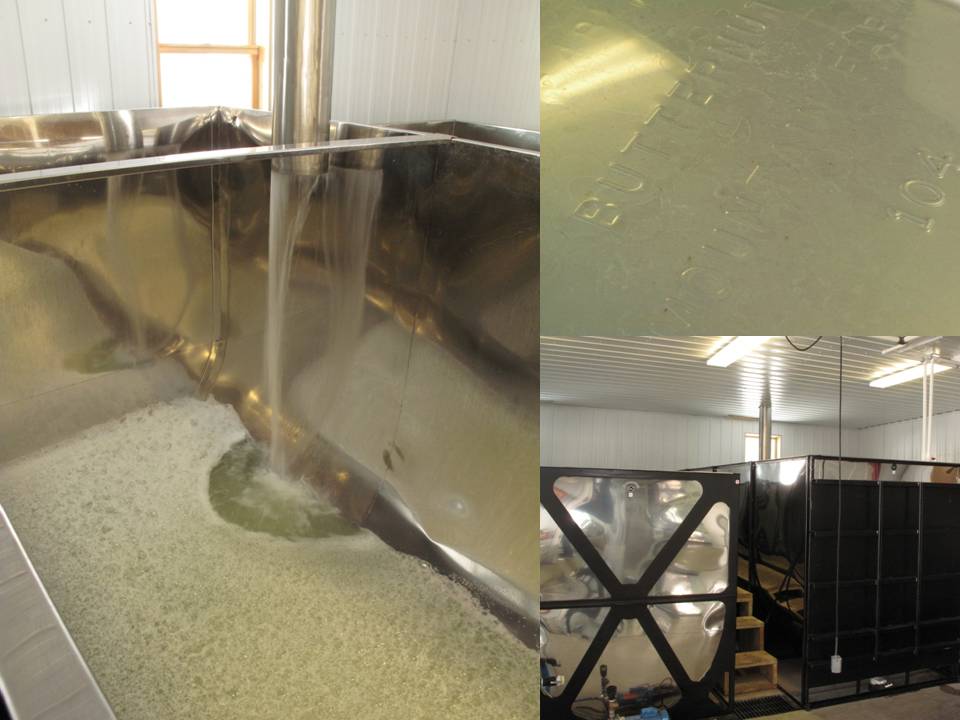 Steve is pouring syrup back into the evaporator to reverse the flow and prevent the build up of niter. 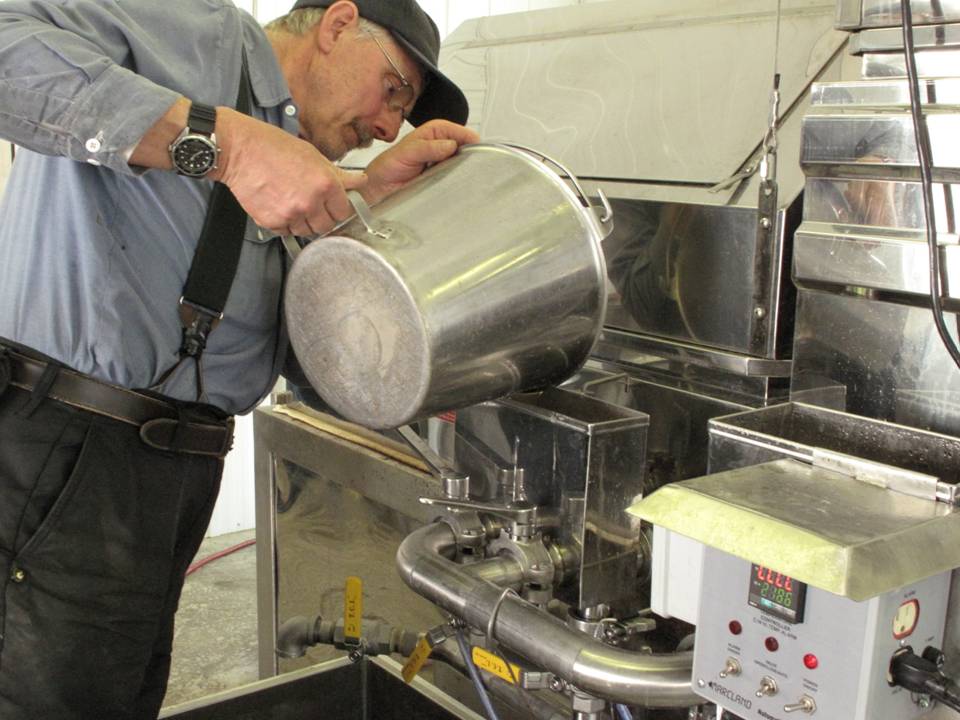 Reverse osmosis purifies and separates the sugar from the water and any impurities. 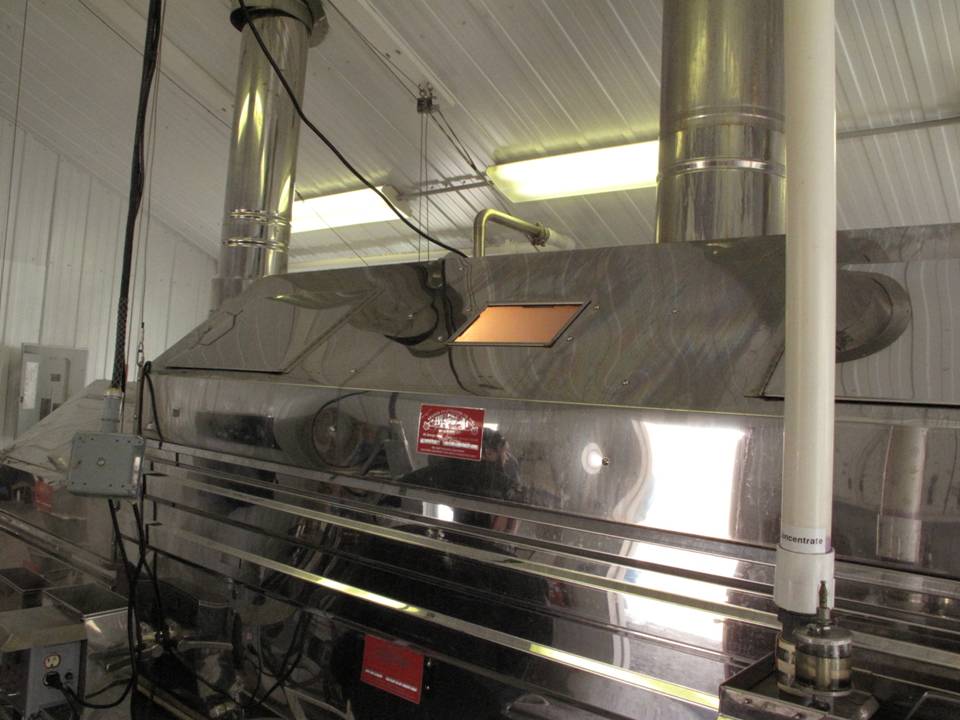 If you look inside the evaporator you’ll get a face full of steam. 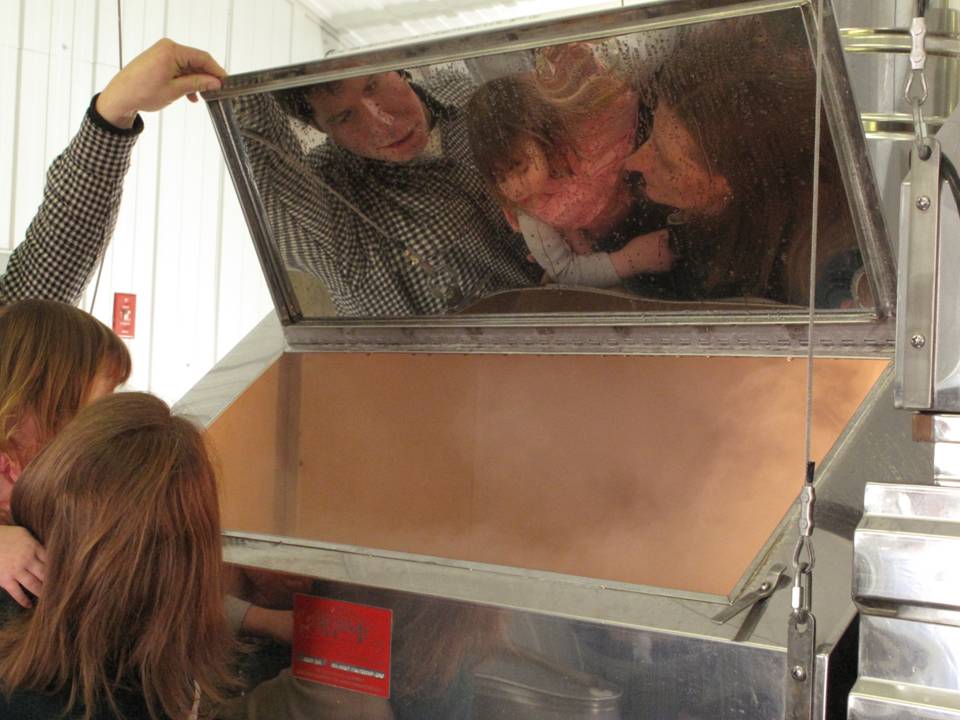 The syrup has been very light & fancy so far this season. 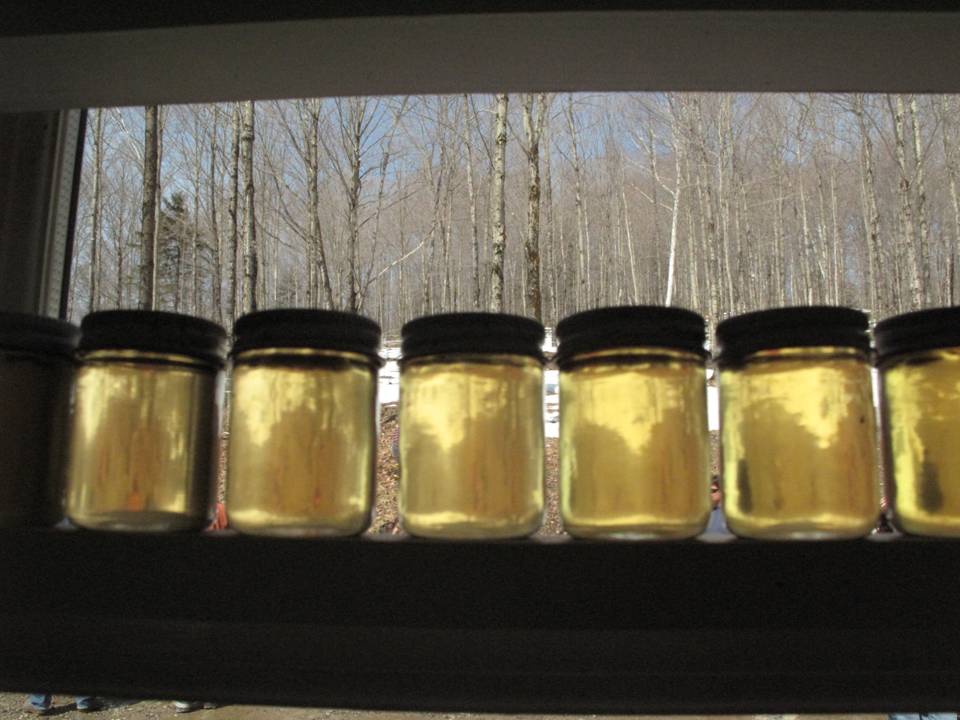 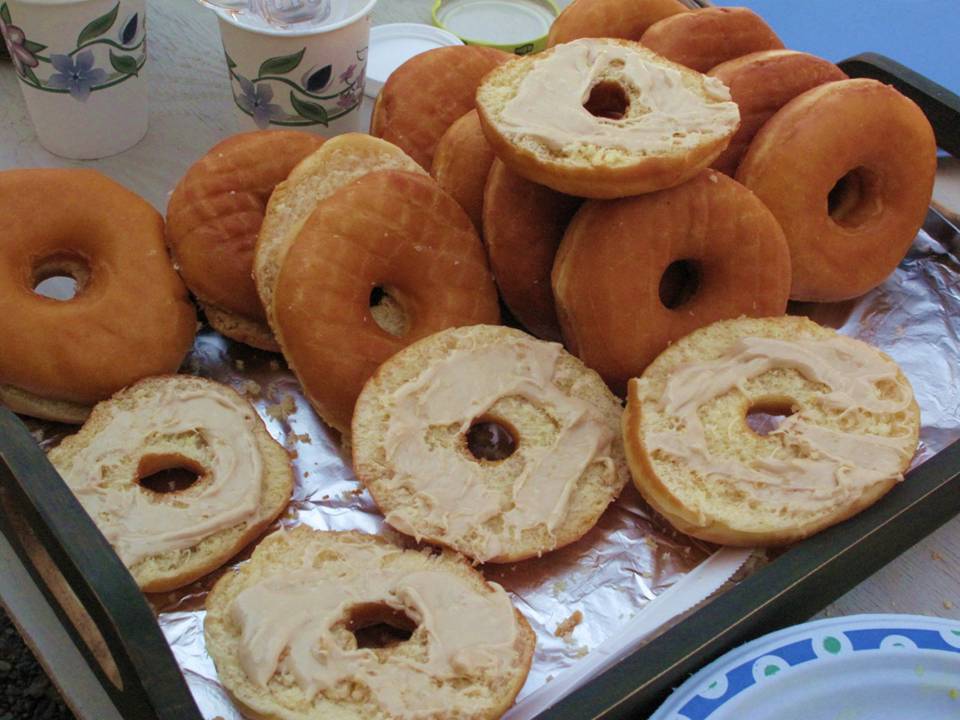 The owner’s granddaughter knows the tricks of the trade already–sap right from the tap. 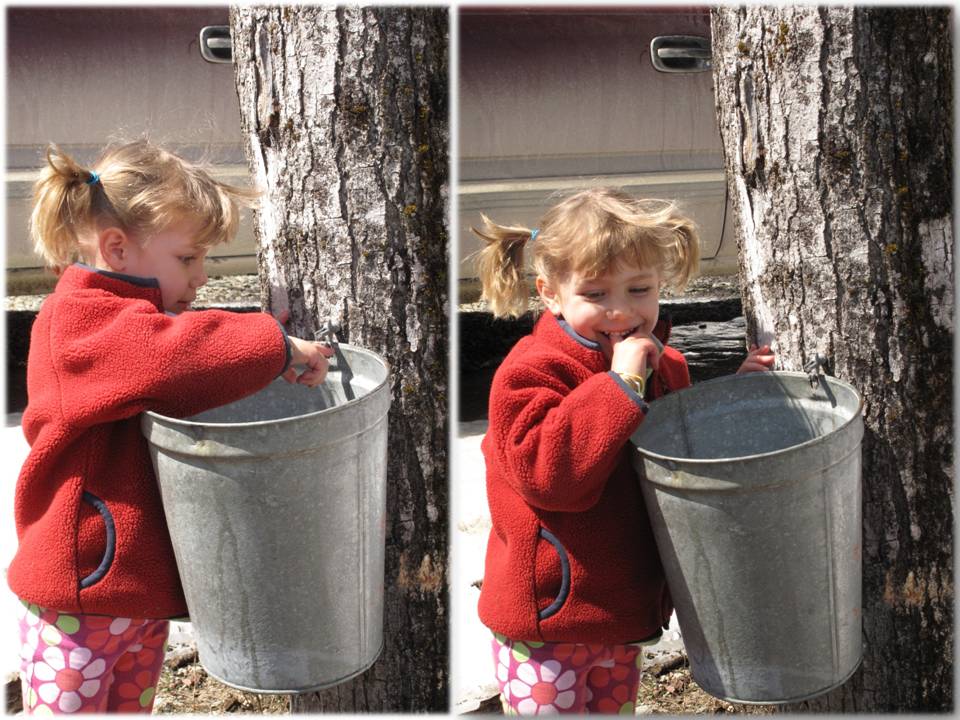 Her dad could tell this moment was a keeper, too! 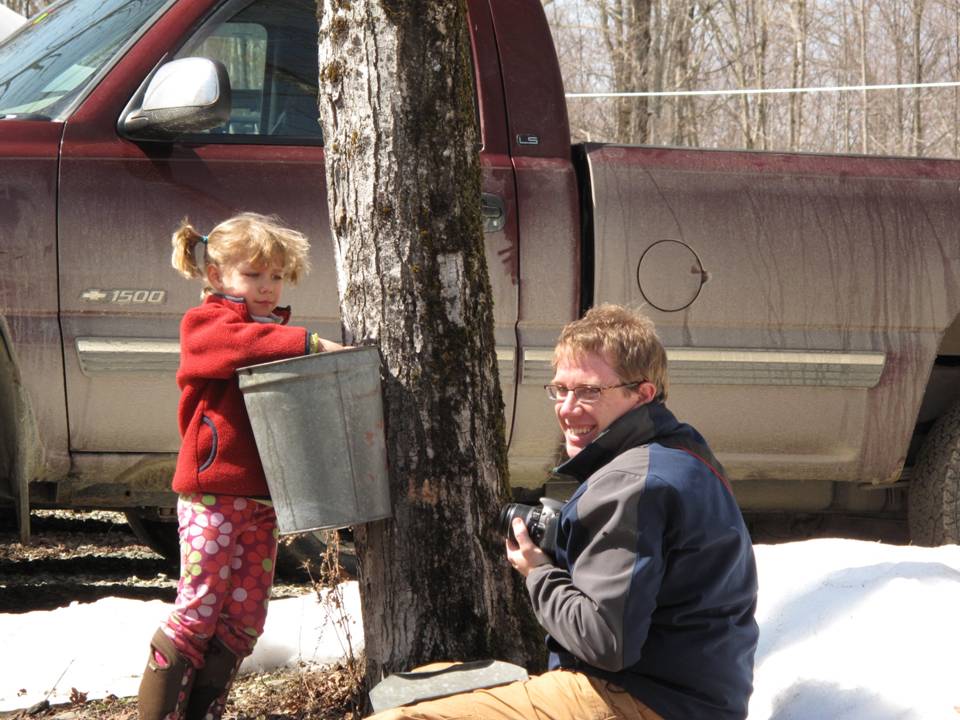 A view of the sugarhouse from up the hill. 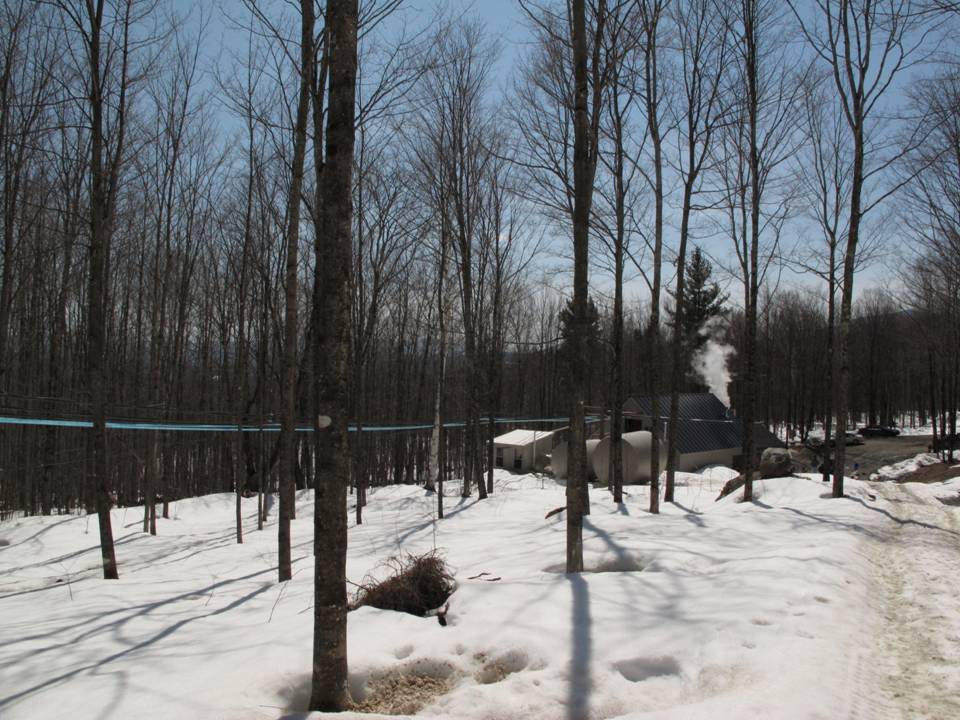 It was April 9th, but there was still plenty of snow in the woods and plenty of mud, too! 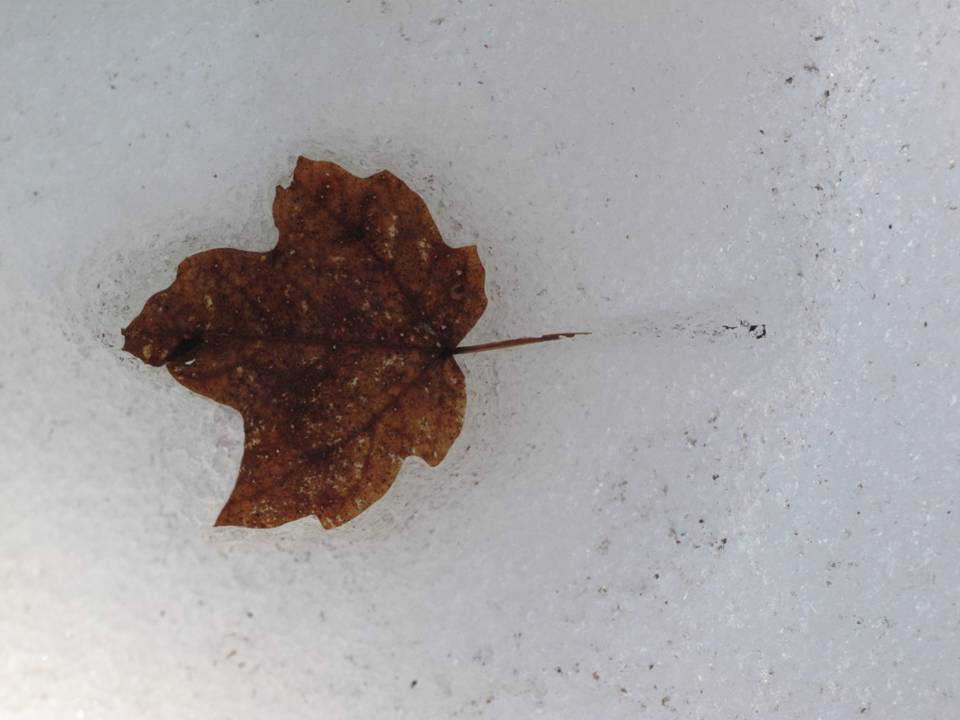 I’m a huge sugar on snow fan and the shots of warm maple syrup are at the top of my list, too.  Do you have happy Maple Sugar on Snow memories? 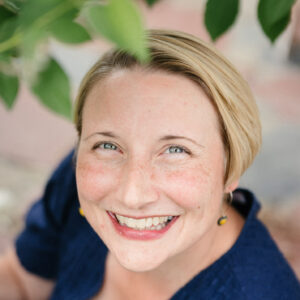 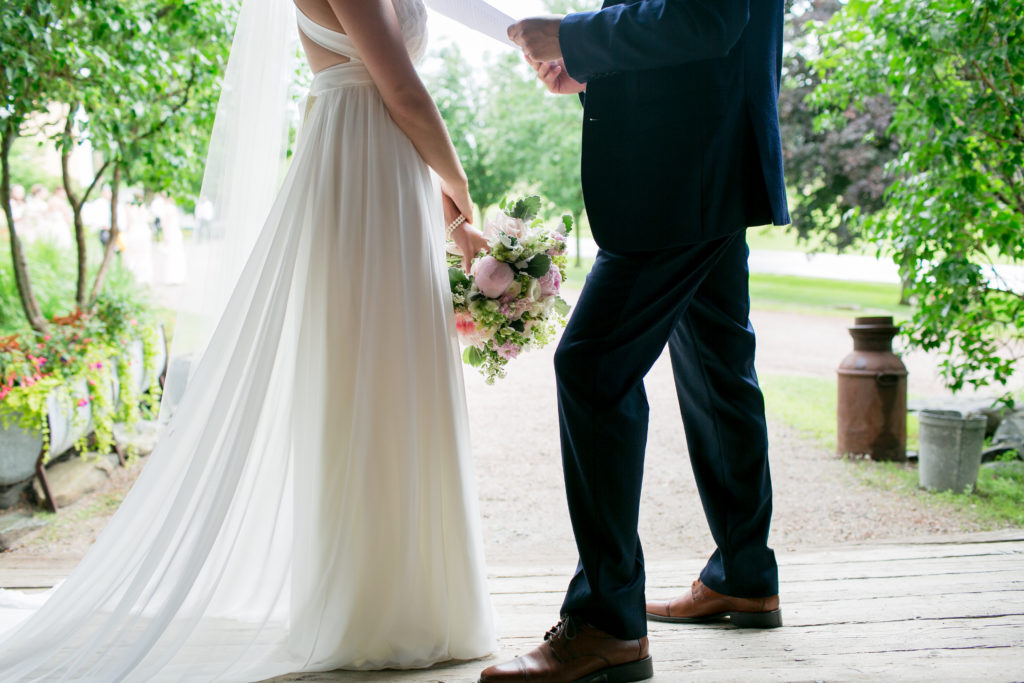