June is Pride Month. While talking to a friend this week, I realized that I did my first same-sex wedding 20 years ago! Back in 2000, when Civil Unions became legal in Vermont, it was truly a victory and I was so honored to design wedding flowers for couples who’d waited so long to get married. #loveislove

9 years later, Vermont became the first state to obtain marriage rights for same-sex couples through a legislative process rather than a court case. After nearly 15 years of relentless work, Vermont Freedom to Marry succeeded in reaching its goal of marriage equality. The implementation date of the “Marriage Act” was September 1, 2009. (source)

Finally, fifteen years after civil unions became legal in VT, on June 26, 2015, the United States Supreme Court ruled that it was unconstitutional to prevent same-sex couples from marrying, and so now every state must allow same-sex couples to marry and must respect the marriages of same-sex couples, regardless of where the couple gets married.

The Process of Getting Married in Vermont

Anyone can get married in Vermont! You’ll find more details on How To Get Married In Vermont here!

Tell Me About Your Wedding!

For more about LGBTQ+ Pride Month and for educational resources click here. 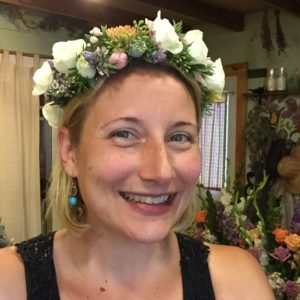 One of my favorites from #myvermontgarden ⭐️ C

This lilac ❤️ I look forward to it all spring.

Loving these beauties on my dining room table toda

Getting ready to go live at noon ET with @petalsby